David Suisman
Journal of Popular Music Studies
Volume 23, Issue 2, pages 212-220, June 2011
Spencer, Scott. "Early Irish-American Recordings and Atlantic Musical Migrations." The Irish in the AtlanticWorld. Ed. DavidGleeson. Charleston: U of South Carolina P, 2010. 53-75.
Spencer, Scott. "Wheels of the World: How Recordings of Irish Traditional Music Bridged the Gap between Homeland and Diaspora." Journal of the Society for American Music 4.4 (2010): 437-49.
"...I want to highlight some recent work that listens with fresh ears to the history of sound recording and suggests new figurations for its place in the study of popular music.  Given how much writing on sound reproduction has appeared in recent years-and much of it has been excellent-it may seem odd to assert that too little has been made of this subject. Yet recent scholarship also reveals that important dimensions of sound recording have remained muffled or heavily compressed. First, several works demonstrate that the reigning narratives of popular music have overestimated the divide between commercial recorded music and "folk" culture, and have underestimated the reach of recordings and their influence…" - David Suisman 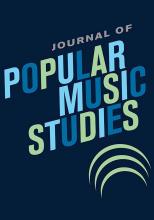